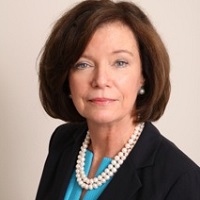 by Betsy Dubovsky, Executive Director, The Staten Island Foundation
As the Executive Director of The Staten Island Foundation, I know a thing or two about “frontier thinking.”
Staten Island, one of New York City’s five boroughs, is a 7 by 14 mile-Island located in New York Bay, where the Hudson River meets the Atlantic Ocean.  Representing just 6% of New York City’s total population, Staten Island’s approximately 500,000 residents have access to comparatively fewer public services, yet experience greater public health needs. Despite having the highest all-cause mortality rates and highest rates of youth alcohol and substance abuse in New York City, primary health care is seriously under-resourced. Staten Island is the only borough in New York City without a public hospital or homeless shelter. Public transportation is limited. And while Staten Island has traditionally been perceived as a homogeneous, conservative, suburban community, the last two decades have seen the growth of a significantly more diverse population with immigrants from Latin and South America, Asia, Eastern Europe and Africa.
Though the assets of Staten Island’s nonprofit sector are considerable, its operational context is as unique as the borough itself.  Staten Island’s deeply committed nonprofit sector has long struggled to attract sustained off-Island philanthropic awareness and support relative to other boroughs, despite strong intra-Island networks and a track record of collaboration and community impact.
For all of these reasons, we Staten Islanders have turned our de facto position as New York City’s frontier into an opportunity for fresh and forward thinking.  We recognize the power and inherent value of diversity and inclusion, of working together, of making the most of the assets we do have.  We are increasingly adopting a collective impact mindset, joining together to create common agendas, shared measures of progress, continuous communication and designated teams committed to achieving extraordinary results for our community.
Along the way, we are slowly overturning some long-held stereotypes about Staten Island too, demonstrating the strengths of the borough’s unique characteristics:
geographic isolation = fertile ground for innovative differentiation
closed thinking = shared mindset
insular community = robust and agile networks
This all came into high relief in the wake of Hurricane Sandy.  We have long supported the Staten Island Not-for-Profit Association - a network of diverse nonprofits – to build the capacity and sustainability of the borough’s nonprofit sector. The resilience and effectiveness of this network was immediately apparent after the storm hit, and in its ongoing efforts to prepare mobilize its members and the communities they serve.  Today, we are proud to note that Staten Island is home to New York City’s only recognized Community Organization Active in Disaster or COAD: the Staten Island Not-for-Profit Association.
The Foundation also served as a catalyst for the borough’s Tackling Youth Substance Abuse (TYSA) initiative, a cross-sector coalition driving major improvements in youth substance abuse.  The need for action is urgent.  Staten Island has the highest proportion of youth who binge-drink in NYC; 37% report having consumed at least one alcoholic beverage in the past 30 days. Staten Island also has the highest proportion of youth who use prescription pain relievers without a prescription in NYC.  The effects of youth substance abuse are devastating for our youth, parents, families and community.
Recognizing that the well-being and future of our community is at stake, we’ve worked across organizations and sectors to embed a collective impact mindset and align our disparate efforts.  Through TYSA, we have committed to common goals: to decrease incidence of youth alcohol and prescription drug abuse, and to increase their healthy choices overall.  We are creating a strong strategic framework for improved collective impact by building public awareness of the urgent need to tackle youth substance abuse, aligning current efforts and filling necessary gaps.  (For more on this initiative, see here PAGE 25.)  And we’re already realizing the potential to scale results of this initiative. For instance, through TYSA, Staten Island has pioneered the use of Narcan by first responders to prevent fatal drug overdoses – an approach that has now been implemented state-wide.
Through these and other efforts, The Staten Island Foundation has patiently cultivated the capacity for collective work over many years.  We’ve played a crucial role in helping to chart a course for shared leadership and common agenda-setting.  We’ve also helped our partners to stay the course, brokering access and clearing roadblocks when needed.  We may be approaching a tipping point, as stakeholders across the borough – from Borough Hall and the Department of Education to the Chamber of Commerce – increasingly seek to build on the demonstrated successes of our earliest collective impact work, and apply it to other domains such as infant mortality, childhood obesity and equity and achievement in education.
In short, there is much more work to be done.  We invite our funder colleagues to take another look at Staten Island: the potential for impact is enormous, and we welcome your partnership. Come visit!  To learn more, please feel free to contact me.

After the 2020 election, the issue of how (and even whether) American democracy would survive rose to the top of many Americans’ concerns. more »
END_OF_DOCUMENT_TOKEN_TO_BE_REPLACED