Home » News » FEGS: Canary in the Coal Mine?

FEGS: Canary in the Coal Mine? 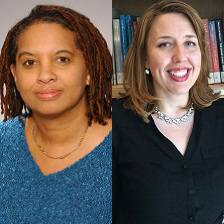 by Patricia Swann, Senior Program Officer, New York Community Trust and Michelle Jackson, Associate Director, Human Services Council
This piece originally appeared on the New York Community Trust's Nonprofit Excellence Awards blog.
Some people see FEGS as a poster child for the phenomenon resulting from government contracts that don’t cover the full cost of services, especially administrative costs. But was that really what led to FEGS’ downfall?
We suspect that a more accurate, though less dramatic, story is that many things went wrong—some all at once (a couple key contracts lost), some over time (too many high cost leases for off-site services, revenue-draining for-profit ventures, Medicaid overcharges). Obviously, fiscal tracking and controls were inadequate. This is no doubt at least partly a function of FEGS’ under-investment in financial management infrastructure AND an outgrowth of the fact that too often neither government contracting agencies nor the agencies they contract with really understand all the costs of running programs.
While the facts about FEGS’ demise continue to unravel, those of us in the nonprofit sector have one big question: is this a one-off situation, or is FEGS the canary in the coal mine, a sign of more trouble down the road for other nonprofits?
One thing is certain: most government contracts don’t fully cover administrative costs and far too many government-dependent organizations are encouraged to and do both under-report and under-invest in administration.
Like a spindly plant that grows too tall too fast, these nonprofits get bigger in budget but structurally weaker as they take on more and more government contracts. Once they reach a certain budget size, it’s almost impossible for them to raise enough money from foundations and individuals to counteract the impact of their underfunded government contracts. Recently, national online charity rating organizations have acknowledged that their previous reliance on rewarding organizations with low “overhead” in isolation of everything else was shortsighted and simplistic. Now foundations are seeing the light. And government is not far behind.: new guidance from the federal Office of Management and Budget now requires that state and local contracts recognize and reimburse federally-recognized and indirect costs when  awarding funds to sub recipients that involve federal funds.
Keep an eye on Deputy Mayor Barrios Paoli’s New York City Human Services Procurement Taskforce, co-chaired by Human Services Council’s ED Allison Sesso. Both the Task Force and the new guidelines represent timely opportunities to make “overhead” reform real.

Philanthropic intermediaries play an important role, often serving as a liaison between foundations and nonprofits in re-granting foundation... more »
Mismanagement at nonprofits? Think again
The most significant issues facing the non-profit sector are not widespread fraud but low wages, constricted budgets, and government contracts that... Read @ NYN Media
END_OF_DOCUMENT_TOKEN_TO_BE_REPLACED