Evaluating a Culture
By Emily Sproch, Program Officer, Howard Gilman Foundation. This article was originally published on May 14, 2019 by CEP.

This past September, the Howard Gilman Foundation received its first Grantee Perception Report (GPR) results from CEP, which included a few recommendations for next steps based on grantee feedback. As a team, we found the first of the recommendations to be unexpectedly difficult:

Celebrate, reflect on, and share the practices, policies, and aspects of the Foundation’s culture that contribute to exceptionally strong ratings and consistently positive grantee perceptions.

The Board and staff of the Howard Gilman Foundation commissioned the GPR in order to assess and improve our grantees’ experiences. The report identified “consistently positive grantee perceptions,” and both CEP and our grantees encouraged us to publicly share the choices, values, and processes that led to these results (with one grantee laying it out in no uncertain terms: “We hope other philanthropic organizations learn from [Howard Gilman’s] process”). We are, of course, thrilled to celebrate these results; but on the other hand, how do we share our practices while also staying open to change and critique, not to mention hang on to our humility?

The key might lie in rereading the recommendation with a different emphasis on one particular point: the Foundation’s culture.

Thinking about this recommendation in terms of culture opens a rich and productive door. It is no secret that institutional culture — at foundations, nonprofits, and corporations — is under scrutiny, and there is a timely and enlightened desire to reexamine the way things have always been done. The Howard Gilman Foundation, in existence for nearly 40 years, recently had the rare opportunity to do this kind of reexamination.

In 2013, our Board of Directors set in motion a plan to “relaunch” the Foundation, which, at that point, had been functioning without a staff for more than a decade. The mission, website, guidelines, application materials, personnel, office space, database, and more were built from the ground up, thereby allowing for the cultivation of an unencumbered culture — one that was willing to dispense with older, more entrenched, and more formal philanthropic practices.

The Board made two key cultural decisions prior to this relaunch. First, it got specific about mission. Though Howard Gilman had many interests during his lifetime, the Board identified just one area of grantmaking for the future: the performing arts in New York City. By honing the mission, the Board created an organization that has the time and capacity to deeply engage in its area of focus. Second, the Board strategically identified an executive director, Laura Aden Packer, with both an established reputation in philanthropy and a professional background in the performing arts.

Packer carried this strategy forward by assembling a team whose members all had backgrounds in the performing arts — both as artists and as arts administrators. Because of this culture of professional practitioner experience, conversations with grantees are substantive and natural. The staff can speak the same language as a choreographer, freelance instrumentalist, or development manager, and we understand the challenges of the field firsthand — an understanding which includes the belief that grantees know what is best for their own organizations.

This approach also emphasizes an inherent respect for applicants’ time, which is embedded in all aspects of the funding process. Application questions need to be relevant and meaningful, of course, but more importantly, they need to be useful. If we do not have a succinct answer to the question, “Why are we asking that?”, we discard the question. We try to stay mindful of time in other ways, too. For instance, when sitting down with applicants — always in person — to discuss their proposals, the meetings take place in the applicant’s own space. This allows staff to get to know the culture of the organization and saves the applicant both time and money. If it is a small organization without an office, staff do what works best for the applicant: the Foundation conference room is fine, but so is the local coffee shop near the applicant’s home (and the Foundation always picks up the tab).

Small gestures like these also work to neutralize power imbalances. Power dynamics have long been examined in philanthropy, with suggestions that foundations need to have an awareness of their own power and work to minimize it, or at least minimize its appearance. We are continually exploring, with the help of resources like Vu Le’s Nonprofit AF blog, David Grant’s The Social Profit Handbook, and Edgar Villanueva’s Decolonizing Wealth, a wholly different approach to power — one that one day might fundamentally reverse those dynamics.

For example, what if, instead of thinking about the wealth of the Foundation as belonging to the late Howard Gilman, or even belonging to the institution itself, we operated under the assumption that it belongs to the organizations that fall within our mission? After all, we are simply stewards of these funds. We are not doing grantees a favor by funding them; rather, the grantees are doing the Foundation a favor by making the world a better, more livable, and more humane place.

Within this context, we prioritize relationship and conversation over process. Letters of inquiry and applications are regarded as flexible documents — viewed more as the start of a dialogue rather than a final statement. After a conversation with an organization about its goals and challenges, other needs are often unearthed — perhaps ones that the organization was at first hesitant to share. In our GPR last fall, grantees provided much commentary on the quality of these conversations and the open and honest exchanges they are able to have with Foundation staff. One grantee summed it up in a particularly meaningful way: “It is not an ‘Us vs. Them’ feeling.”

In grantee/funder relationships, why should it ever be thought of as “Us vs. Them?” Everyone is on the same team working toward the same goal.  In our case, everyone wants the performing arts to thrive.

Even as the Foundation’s staff and board acknowledge the positive results of the GPR, it’s important to remember that grantee perception itself is limited by entrenched philanthropic practices — grantees’ viewpoints are inherently colored by “the way things have always been done.” In this way, just because a foundation gets positive results, it doesn’t necessarily mean there still isn’t a better way of doing things that has not yet been tried, tested, or accepted. It is philanthropy’s responsibility to make room for more radical conversations about reimagining philanthropy, and there is much work to be done.

These findings, and the act of doing the GPR itself, speak to another aspect of the Foundation’s culture: one in which learning thrives. Each individual at the Foundation, both Board and staff, is encouraged to actively learn — whether that be through a conference, book, film, play, dance, song, or conversation — and share their experience. Making the time to investigate and wrestle with larger and more complex questions — both as individuals and as a group — is essential to the health and growth of a meaningful culture.

Emily Sproch is a program officer at the Howard Gilman Foundation in New York City.

Two Distinct Types of NY Funders are Gearing Up for Redistricting, Here’s Why
Census and redistricting are inextricably linked because they are both about fair representation and the equitable distribution of government... more »
NYCHA Now 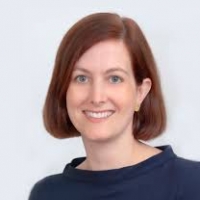 I have long believed that inequality is the greatest threat to justice. Read @ the Ford Foundation
END_OF_DOCUMENT_TOKEN_TO_BE_REPLACED