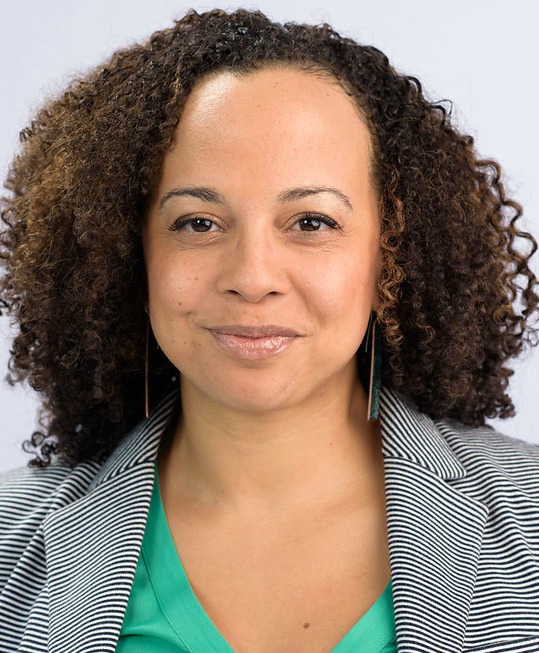 This post by Executive Director Leticia Peguero, was originally published by the Andrus Family Fund and Andrus Family Philanthropy Program on October 27, 2017.

I am yet again drawn to the musical wisdom of Afro-Boriqua singer Ismael Rivera and composer Cortijo as I reflect on a national crisis. While its melody is upbeat and beautiful, “El Negro Bembón” does not convey the seriousness of the song’s message. “El Negro Bembón” tells us the story of a black man who is murdered. When questioned by a black policeman, the killer unapologetically admits he killed the man because he has big lips—“un bembón” in Spanish. The lyrics also allude to lynchings and the coping mechanisms communities of color have had to create and endure when faced with acts of violence. It is a song of consciousness rising and political satire that feels extremely relevant, even though it is quite old.

These days, when I listen to “El Negro Bembón” it feels as if the song was written for this very moment. It is the story of the targeting and hypervisibility of a community, or parts of a community, when a certain narrative is at play. This hypervisibility, which lives concurrently with the invisibility of communities of color, is the conundrum of racism: We are either completely visible and, therefore, vulnerable in ways that do not reflect our humanity or invisible, even when in plain sight. This is the story of so many of our brothers who have been overpoliced because of who they are. It is also the story that we are watching unfold in response to the brown and black citizens in Puerto Rico and the U.S. Virgin Islands.

Puerto Rico’s invisibility did not begin with Hurricane Maria but has been highlighted by it. I have been reminding my funding colleagues—who are worried about the current environmental devastation and humanitarian crisis—that as important as it is to give money today, it is just as important to remember that this is not without context and history. It is true that Puerto Rico is living through the by-product of ever-stronger storms and, sadly, was in the path of a hurricane like we have not seen in a long time. Thus, disaster relief is needed and should be immediate. This type of philanthropic response allows us to feel useful and compassionate. Yet, it can also allow us to look away from the U.S. relationship—that is a relic of imperialism—that continues to allow Puerto Rico to remain invisible to the funding and philanthropic communities. The historical disinvestment in Puerto Ricans here (on the mainland) and on the island is structural and historical in nature. It is deeply steeped in a relationship that does not allow representation among the political forces that shape budget allocations and nation states.

Can we, in philanthropy, do both? Can we focus on the many who have lost everything because of Hurricane Maria, while at the same time, do like my colleague Eduardo Carrera of the Boys & Girls Club of Puerto Rico asks us to do and “talk about the day before the storm?” The day before Hurricane Maria, 6 in 10 children in Puerto Rico were living in poverty. The day before the storm, Puerto Rico had a poverty rate that was almost double the poorest state in the United States. The day before the storm, median family income in Puerto Rico was $20,438, which is half of the lowest median income in the poorest state on the mainland. This is important data to lift up because as we in the philanthropic community look at the devastation, I urge us not to fall into the faux philanthropy trap. We know what those traps are—those pesky grants that ask organizations to deliver community level change without considering context or history or a clear understanding of how historical structural inequities need responses that take those inequities into account.

I urge us to ask the hard questions that will make us uncomfortable and hit at the heart of what it is that we are here to do in philanthropy. I hope that we can ask questions that beg us to look deep into the history of inequality and colonialism that has allowed us to turn a blind eye to an island that did not ask to be colonized. Our moment to act is now, and the now that we are responding to is a natural disaster which has been exacerbated by man-made conditions spanning more than a century. It is time we give Puerto Rico the philanthropic visibility it needs to not only survive, but also thrive.

For a deeper dive into the current and historical crises in Puerto Rico, please listen to the latest episode of our Out Of The Margins podcast (available on iTunes, Stitcher and Soundcloud), when I am joined in this conversation by Senator Gustavo Rivera (New York’s 33rd District), Eduardo Carrera, President of the Boys & Girls Club of Puerto Rico and Amanda Rivera of the Institute for Youth Development in Puerto Rico.

An Opportunity for Will: Announcing PNY’s Racial Equity Working Group

What are the elements of a strong and sustainable funder-grantee relationship that drive meaningful change and impact? Read @ Philanthropy News Digest
What does it mean for the Luce Foundation to support public knowledge?
We have always believed that knowledge can make a difference in the world—and in order to do so, it must be in the world, in the hands of those who... Read @ The Henry Luce Foundation
END_OF_DOCUMENT_TOKEN_TO_BE_REPLACED