Home » News » Do You See Yourself In the First Nations Struggle?

Do You See Yourself In the First Nations Struggle? 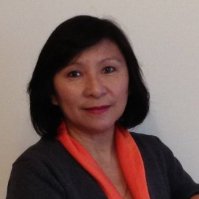 At a time when the world is spinning out of control, the imperative to learn about the perspectives, the history and ongoing struggles of First Nations has given me an enriched sense of my own place in philanthropy and in the world -- It is simultaneously small, yet important.  It enables me to feel seasoned in the constant battles of the day yet renewed within the larger life cycle of generations that have come before.  I have much to learn still, but I feel rooted in the love of humanity we call philanthropy.  When so much of what we stand for as a nation feels like it is eroding and the promise of democracy feels elusive, its central tenets feel defiantly more tangible than ever before.

The good news is that there are many entry points for philanthropy to engage with First Nations, whether through a specific issue such as education, the environment, the arts, or  youth development.  Take your pick, but the first step is to start somewhere.

The lessons we learn from indigenous struggles here and worldwide set a clear path for philanthropy that stand with those most marginalized. Let’s not miss the opportunity to draw strength from our collective roots in the founding of this democracy.

But let’s talk about democracy, a cherished concept of this country we call the United States, and one that I’ve admittedly under-appreciated.  At times, I was even skeptical of its truth, given my experiences growing up Asian American and female.  Yet, in recent days, I’ve reminded myself that hard fought struggles to fix this nation have brought out the best of what a great democracy can look like, with non-profit organizations and philanthropy playing critical roles in its shaping.

Grounding myself in what came before to find my forward footing, I recently discovered that this country draws its own roots from the principles of governance in tribal nations.  The founders of this country took inspiration from the oldest living participatory democracy formed by Mohawks, Oneidas, Onondagas, Cayugas, Senecas and the Tuscaroras, yet this is not taught as part of American history.  That, in itself, is a lesson learned about whose shoulders we really stand on.

I had the honor of helping to organize and facilitate a recent discussion at Philanthropy New York, Invisible No More: Native Realities in a Post-Election Era.   As a non-Native working in a foundation that does not have an indigenous focus (but is very committed to inclusion), I am drawn to First Nations perspectives both for the depth of their history and the clarity in their vision.  What feels compelling to me is the generosity of spirit and the holistic relationship to and respect for the land as the giver and sustainer of life.  The struggles for Native sovereignty and self-determination force us to take a look in the mirror as a country.  While the session touched on a lot of different issues, the overarching themes were omnipresent.

Rather than pigeonholing First Nations issues as “special interest,” I see an invitation to think expansively about this country’s future.  Standing Rock, a key touchstone in recent months, has been simultaneously about the legacy and future of indigenous peoples AND the history and future of the United States.  It has been about water and life, not just in the region, but in the country; indeed, the world. The struggle at Standing Rock has been a wake-up call for the U.S. that has turned into a worldwide movement.  It has called forth a new generation of activism, particularly among young indigenous women, finding new purpose and bringing balance not just in their own lives and in the lives of native people, but for the earth as a whole and all its people -- inviting us all in, from whatever corner of the world we each stand in. Standing Rock has offered a path back to basics in finding our full humanity.  One people with a shared destiny.

Have you heard of the “nonprofit starvation cycle"? more »
END_OF_DOCUMENT_TOKEN_TO_BE_REPLACED