Design Is Key to Expanding the 21st Century Neighborhood Library 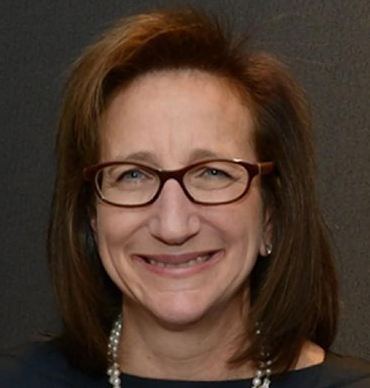 Andrew Carnegie, whose magnificent mansion is now home to Cooper Hewitt, Smithsonian Design Museum, bestowed a legacy extending far beyond East 91st Street. Between 1893 and 1919, Carnegie funded the construction of 1,687 public libraries across the United States, including sixty-seven neighborhood libraries in New York. Carnegie’s prolific philanthropic activity left an everlasting physical, social, and intellectual imprint on community life, as relevant today as it was a century ago.

Together they constitute the city’s single most important resource for life-long learning, serving to acculturate new generations of immigrants, and amplifying and supplementing the education of children from the youngest ages. The branches offer new media and technology to over three million New Yorkers without access to high-speed internet service, while continuing to serve an essential role as repositories for books and information.

Free programs such as NYPL's TechConect and career and resume help provide assistance to people of all ages. Libraries are civic hubs for cultural life—offering live performances and author readings, acting as neighborhood art galleries, and creative maker spaces for all ages.

The design of many New York City branch libraries range from the lovely facades of brick and stone so clearly identifiable as “Carnegies” to the small cinderblock “Lindsay Boxes” designed or built during Mayor John Lindsay’s administration between 1966 and 1973. Through a donation of the Andrew Carnegie Corporation, his libraries—built through 1929 and located in all five boroughs—are concentrated in Brooklyn and Manhattan.

Designed by three architectural firms— McKim, Mead, and White; Carrere and Hastings; and Babb, Cook, and Willard (who notably designed the Carnegie Mansion)—tend to be larger than most other branches. The high ceilings and large windows create a temple-like atmosphere where books are revered and learning is nurtured. The same architectural appointments make staffing, operating, and maintenance challenging.

The “Lindsay Boxes” are conversely of lower-quality construction built with cinderblocks, lower ceilings, and poor lighting and ventilation. Most branches, regardless of pedigree and architectural distinction, are now marked by decades of disinvestment and currently require an estimated $1.5 billion to meet basic capital needs. Many branches are unable to adequately meet the technology demands of the digital age nor do they have the space and interior layouts to accommodate the multiplicity of programs, services, and community uses demanded by the public in a space-starved city such as New York.

Absent a modern day Carnegie or a massive infusion of public funds to rebuild branch libraries, how might branches reutilize limited area to meet not only significantly increased demand but also diversified needs for space?

The BPL, which singularly among the three library systems is burdened with the highest levels of capital needs across their sixty branches, is taking the lead in deploying new design models that are cost effective, community minded, and adaptable for use in multitudes of branches across the city. With funding from the Charles H. Revson Foundation, BPL and partner organizations, including Spaceworks, the Center for an Urban Future (CUF), and the Fifth Avenue Committee, are taking on the challenge of reinventing community libraries that align with twenty-first century needs while making best use of precious limited community space.

Spaceworks, a non-profit organization dedicated to expanding the supply of affordable workspaces for visual and performing artists, partnered with the BPL to transform the derelict and unusable second floor of Brooklyn’s first “Carnegie” library—the Williamsburgh library—into a vibrant arts center that is fully integrated into the programs and services of the library. Made possible by $650,000 in funding from NYC’s Department of Cultural Affairs, the 4,400-square-foot space now accommodates studios for visual artists, a classroom for local arts education, a 1,200-square-foot rehearsal space/multi-purpose room designed for dance, theater, and community programs. There is also a rehearsal space/community space designed for music and outfitted with a piano, drum kit, microphones, guitar, keyboard amps, and digital mixing console.

In addition to offering desperately needed affordable artists space, Spaceworks@Williamsburg Library has made it possible to partner with local community organizations to significantly expand its public programs in the arts and education. In just a year since the renovation, the number of programs offered to the public has increased by 17 percent, program attendance increased by 23 percent, and the number of visits to the branch jumped by 49 percent. Some of the programs include Free Art Fridays with L’Ecole Des Beaux Arts for children, a Middle Eastern dance workshop, acting classes, and Pilates mat sessions.

Following the 2014 publication of Re-envisioning Libraries, CUF’s groundbreaking assessment of the impact of gross underinvestment in the upkeep of NYC’s branch libraries, CUF and the Architectural League of New York selected five interdisciplinary design teams to devise innovative solutions to meet the needs of a twenty-first-century urban branch library. One team, led by Marble Fairbanks, explored the idea of mixed-use development of branch libraries for the purpose of meeting two pressing needs: building twenty-first-century libraries and the creation of affordable housing.(3)

The Fifth Avenue Committee—a highly respected community development corporation based in Brooklyn—is partnering with the Brooklyn Public Library to build the city’s first mixed-use branch library/affordable housing development in the Sunset Park neighborhood. The Sunset Park Library, which has one of the highest rates of use in the city, is far too small to accommodate the burgeoning demands of its community and is burdened with an outdated, concrete “Lindsay Box” that has multi-million dollar capital repair needs. The Fifth Avenue Committee and the BPL are involving local residents in the redesign of the library through outreach to diverse constituencies, community meetings, and design charrettes. Redevelopment will increase the size of Sunset Park Library from 12,200 to 21,000 square feet and add forty-nine units of affordable housing above the library.

In another innovative and cost-effective solution inspired by CUF’s report, a design team led by Situ Studios identified thirteen categories of library-based programs, each with a distinct set of spatial requirements and amenities.

They developed a kit of parts—composed of folding chairs, stacking stools, mobile bookshelves, media display shelves, folding tables, bleachers, electrical reels, pin-up boards, and storage closets—to allow for wildly different uses of limited space. In Staten Island, a lecture and tutorial space refits into exhibition and reception areas; and the BPL Macon Branch kit of parts turns its maker space into a teen center, which morphs to hold a fully operational cooking class. Certain components can be stored away neatly while not in use and furniture can be quickly and easily rearranged. With an overhead system of electrical reels, even rooms with few or no electrical outlets can immediately accommodate technology and maker programs.

BPL is currently embarking on the Making Spaces project to adopt, prototype, and test this idea. The kit of parts will be designed to support an expanded range of programs, classes, and community events. With an initial focus on community rooms and children’s spaces, BPL is advancing a new and cost efficient approach to realigning the branch libraries’ physical footprint with the ever expanding services of the community library.

Travis Baird, a Program Officer at the Maverick Capital Foundation, shares how his personal identity has guided his experiences and work within the... more »
END_OF_DOCUMENT_TOKEN_TO_BE_REPLACED