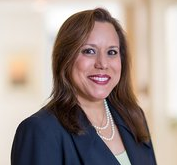 Design High Schools for the 21st Century
By Laverne Evans Srinivasan and Saskia Levy Thompson, Carnegie Corporation of New York
This article was first published on The Hechinger Report

On Monday morning, a standing-room-only crowd of 200 gathered at the White House to talk about remaking the American high school. Secretary of Education John King told educators, policy experts, and students that the next generation of high schools must "give every student an opportunity to have a vision for their own future." He added, "We must challenge ourselves to insure that schools are truly . . . the engine of democracy."

This was the second time in less than a year that the White House hosted a conversation about next generation high schools. Indeed, communities across the country are talking about how to reimagine high schools.

For Carnegie Corporation of New York, this conversation is nothing new. In 2001 we described the reinvention of the traditional high school as the “clarion call of our new century.” Since then, we have been exploring ways to remake high schools—and have invested over $200 million in that cause. Three years ago, we released our Opportunity by Design report setting out 10 principles to guide this work and committed $40 million to the effort. We are delighted that educators, communities, and policy makers—committed to real and lasting change—are joining this debate and are ready to build on what we have learned.

It has become increasingly apparent that the factory-style high school of the 20th century is not meeting the needs of young people in the 21st century. While high school graduation rates have reached an all-time high, as many as 60 percent of entering college students are not ready to do college-level work. These young people will likely struggle to advance in a society where, by the end of the decade, more than 60 percent of all jobs will require some college-level education.

While the task facing us is daunting, it is not impossible. Between 2002 and 2013, New York City shut many of its large high schools, replacing them with small, personalized schools. Despite some individual failures, a rigorous, independent studyfound that this sweeping effort, supported by Carnegie Corporation, has led to increased graduation rates, particularly for low-income students of color. Because of this initiative, hundreds of thousands of students have gone on to college, which will materialize into greatly increased earnings over the course of their lifetimes.

What worked in New York, though, may not work everywhere. All too often in education, we rush to replicate a successful program without considering the needs of individual schools. Not surprisingly, we then end up finding the results disappointing. The key to reinventing high schools is not to find a better cookie cutter. Rather, it’s to put the cookie cutter away.

The Opportunity by Design initiative offers a roadmap for communities that want to embark on this mission. Since it was launched in 2013, Opportunity by Design has helped seven urban school districts create 12 small high schools that reflect the communities' ideas and priorities. Five more such schools are on the way. As unique as each of these schools is, they all incorporate 10 broad principles that we believe to be key to their success. Three are particularly vital.

Personalization: The school of the future must consider not only what students know but also how they learn—and then accordingly adjust the role of the teacher, the use of technology, and the allocation of time and money to best serve those students.

A new concept of mastery: For decades schools demanded that students be Jacks and Jills of all trades. In the future, the emphasis must shift to cultivating a deeper understanding and personal ownership of the core competencies, skills, and character traits essential to long-term success. In this new world, the emphasis might not be on a routine quiz, but instead on a portfolio demonstrating a student's exploration of a topic, overall comprehension, and ability to present ideas.

A priority on youth development: This involves cultivating character skills along with academic growth and giving students a voice in their own learning. This principle recognizes that our students will not only be doctors, police officers, and software engineers. They will also be the future citizens, leaders, and innovators of our society.

The principles that guide the Opportunity by Design schools reflect what we are learning from schools doing similar work in other communities. For example, Nashville's Valor Collegiate Academies, a Carnegie Corporation grantee, emphasize socio-emotional learning and rigorous academics. In 2014–15, Valor’s fifth graders outperformed those at 99 percent of other schools in Tennessee. Summit Public Schools in California, which the Corporation has also supported and which is assisting in our current work, emphasize personalized learning. Ninety-six percent of Summit’s graduates are accepted to a four-year college or university.

The districts and organizations participating in Opportunity by Design are committed to creating student-focused high schools that reflect these key principles. How they do this varies. Planners of the Brooklyn Lab Charter School in New York, for example, use technology to customize the student experience. The team for Cleveland’s JFK Eagle Academy, however, thought its students would benefit from deep, collaborative investigation, so they developed a program focused around Socratic seminars. While these schools don’t have graduates yet, early indicators are encouraging: families report high levels of satisfaction and engagement, and students are beating the odds—learning in new ways and mastering challenging content.

We look forward to seeing students at these schools thrive as they move ahead. Beyond that, the schools present an exciting opportunity for all of us involved in education to expand our understanding of how new strategies can advance student learning, and to share that emerging knowledge to help communities create new high schools and improve existing ones. A century after America invented the large comprehensive high school, we stand on the brink of major change. Our students—and our communities—are ready.

After the 2020 election, the issue of how (and even whether) American democracy would survive rose to the top of many Americans’ concerns. more »
END_OF_DOCUMENT_TOKEN_TO_BE_REPLACED