Home » News » Changing The Conversation Around Mergers and Collaborations

Changing The Conversation Around Mergers and Collaborations

Changing The Conversation Around Mergers and Collaborations 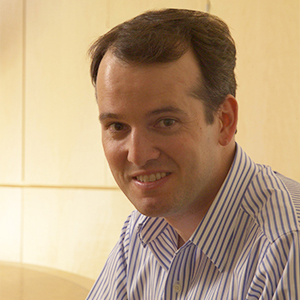 by John MacIntosh, a partner at SeaChange Capital Partners. This post was originally published by NYNMedia on June 6th, 2018.

Collaborations – even including mergers – should be considered a best practice embraced by all mission-driven organizations rather than a last resort of the weak or desperate.

The New York Merger Acquisition and Collaboration Fund’s purpose is to change the conversation about collaborations as we support nonprofits pursuing mergers, joint-ventures, back-office sharing and other types of deals.

NYMAC was established in 2012 by SeaChange Capital Partners, a group of leading foundations and several committed philanthropists who believe that collaboration is an essential though underutilized tool. NYMAC was designed to be a safe place for mission-driven nonprofits to have collaborative discussions. It’s also a source of funding and advice.

After six years, it’s worth reflecting on how we’ve done.

NYMAC has reviewed 205 situations, made 46 grants and been deeply involved in several other transactions where there was ultimately no role for a grant. We’ve learned that process matters a lot. In particular, nonprofits should start early, keep mission front and center, get help, delay the lawyers, and be careful with language.

New York has proven to be easier than some other markets since there is a robust set of facilitators around to help nonprofits when needed. But it can also be more difficult given the number of nonprofit board members who, despite knowing lots about for-profit mergers and acquisitions, don’t always have the right intuitions when it comes to nonprofits.

We’ve been approached by groups from arts and culture to health and human services, from the largest to the smallest, and explored transactions from full-blown mergers to back-office sharing, joint-purchasing and programmatic alliances.  And since NYMAC was formed, a number of similar place-based funds have emerged across the country including in Los Angeles, Dallas, Chicago, Pittsburgh and Philadelphia.

Most of our completed transactions – more than 80 percent – have so far stood the test of time. Most of the exploratory discussions we’ve supported – about 60 percent – led to the decision to move forward with a collaboration. And for most of the remainder, the process left the participating organizations better off. So overall, NYMAC has been a success for the nonprofits it was established to serve and for the participating foundations and philanthropists.

But still, we have some nagging questions.

We want everyone considering a collaborative transaction to call - but have they? Were there other transactions that we would have supported had the organizations called? Things seemed a little slow last year. They have since picked up a lot, but was that just random variation? Were nonprofits feeling “paralyzed” by the election, or were they busy pursuing collaborative deals but just not with us?

Most discussions benefit from having a jointly retained facilitator who can help bring structure to an otherwise often open-ended process. But is our list of facilitators comprehensive? If “facilitator” seems like the wrong word try consultant, TA provider, adviser, mediator, project manager, transaction jockey, or extra pair of hands. And while we never recommend a specific facilitator because nonprofit staffers must decide for themselves who would be best for them, we will provide a list of experienced candidates.  We must constantly ask whether there are other experienced facilitators in the city we should know about.

We‘ve tried to decriminalize and reframe nonprofit mergers and collaborations from being an unnatural act undertaken out of desperation or funder coercion into a proactive, self-initiated, best practice embraced by all mission-driven organizations. But have we truly changed the conversation? We’ve also tried to help nonprofits appreciate that collaboration is not just about mergers or the takeover of the small or weak by the big or strong.

Rather it’s about all the different ways that nonprofits can become more efficient, effective or stable by working together in formal, long-term ways. Let’s face it, there are a lot of nonprofits. They do vital work under difficult conditions – but there is tremendous duplication of effort. NYMAC’s aim is to make an impact on the sector beyond the transactions that we are directly involved with. So, we must regularly consider whether we changed the conversation in any meaningful way during the last six years.

NYMAC is intended to be a durable feature of the city’s nonprofit landscape not a one-time fad. But will NYMAC survive? It has been “reloaded” three times by funders who believe it is an important form of capacity-building. And the team at SeaChange continues to find the day-to-day work a fascinating way to earn our keep. But NYMAC will only survive if nonprofits continue to see the benefits of working together in collaborative ways and engage with us as partners in exploring how best to do it.

For six years we’ve done that  – but tomorrow is another day.

We Cannot Let COVID-19 Be a Death Sentence For Refugees

When the WES Mariam Assefa Fund launched last year, we knew our mission of supporting economic mobility for immigrants and refugees—particularly... more »
It’s Time to Tell a New Story

The moral oath America made to those seeking asylum is broken. The daily onslaught of inhumane actions and policy changes targeting immigrants and... more »
How Can Philanthropy Elevate Entrepreneurialism Through Crisis?

In order for foundations to harness our collective capacity to respond to the life-threatening coronavirus pandemic and the humanitarian issues that... more »
END_OF_DOCUMENT_TOKEN_TO_BE_REPLACED