Beyond Grantmaking: Foundations as Impact Investors 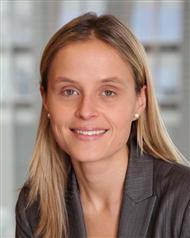 By Judith Rodin, The Rockefeller Foundation and Margot Brandenburg, the Nathan Cummings Foundation

For the General Service Foundation, created and endowed by Clifton R. Musser and his wife Margaret Kulp Musser, it was the younger members of the family who pushed the board to match its investments with the foundation’s values. The board recruited Imprint Capital, a San Francisco-based impact advisory firm, to manage the 10 percent of the endowment that it earmarked for impact investing – a number that grew to 26 percent in just a short time.

If they could invest all of it in impact investing, they would, General Service Foundation Executive Director Lani Shaw told us for our new e-book “The Power of Impact Investing: Making Markets Work for Profit and Public Good.”  But like many other foundations integrating impact investing into their strategies, they had to make tough decisions to balance their desire to make impact investments, many of which are locked up for 5-7 years, with a need for liquidity to meet annual payouts.

This is just one example we provide in the book of foundations who are leading on impact investing. The uptake of impact investing among philanthropies is driven by two coalescing forces. First, the realization that philanthropists, even combined with governments, don’t have the resources to solve the world’s pressing problems alone – we must also harness private capital. Second, leaders of philanthropy see that impact investing can be another valuable tool in our arsenal, in addition to (but not in place of)  grantmaking to achieve impact objectives.

There are a number of options for Foundations looking to get involved in impact investing. Program-related investments, or PRIs, offer a way to achieve social or environmental objectives while generating a financial return, though often at lower-than-market rates. PRIs can be used to recycle philanthropic capital once it has been repaid or to help social entrepreneurs transition from grants to commercial capital. For example, The Rockefeller Foundation recently made an investment of $3 million, with a guarantee from the Kresge Foundation, to leverage an initial $37 million capital from Goldman Sachs and three community development finance institutions, to help federally-qualified healthcare centers expand operations to support the growing patient-base thanks to the Affordable Care Act. This initial layer of risk capital – which is expected to be leveraged 5-6 times – gave the senior lenders the confidence to invest.

Another example of how Foundations can engage with impact investing is through funding social impact bonds (SIBs), which The Rockefeller Foundation has worked to build the ecosystem for here in the United States, after funding the early development of this idea in the United Kingdom. Otherwise known as pay-for-success bonds, social impact bonds harness private funds for preventative services that save lives or solve social problems, while saving taxpayers and governments money. SIBs have focused on areas like recidivism, education and health. Just last week, the United Kingdom announced a new social impact bond model to help train unemployed and disadvantaged young people to help them get into the workforce. The UK’s first SIB, focused on reducing rates of prisoner re-entry in Peterborough, has seen good success, and is now being reconfigured as the government improves its national rehabilitation programs with lessons learned.

PRIs are a small piece of the pie, but an important one. Another piece is endowment investments into investment funds or directly into companies. For example, the Kellogg Foundation has committed $100 million of its endowment to invest in companies that advance its mission to help vulnerable children. One company, Wireless Generation (now Amplify) has reached more than 200,000 educators and 3 million students with digital technologies that help educators improve and customize classroom instructors.

But foundations are more than just impact investors – some, including The Rockefeller Foundation and members of the Global Impact Investing Network, have used their philanthropic capital to fund the public goods and infrastructure that will allow the industry to flourish and remain accountable to its goals, such as measurement systems like the Global Impact Investing Rating System (GIIRS) and IRIS, and have built a field of practice that has enabled impact investing to take hold.

Today, impact investing is at a tipping point – and foundations will be key to moving it firmly into the mainstream, both as actors, but also as advocates. Philanthropy has a large role to play to encourage more investors to take up the cause of impact investing, and inviting more private and institutional investors to join us in the pursuit of more equitable, inclusive societies, healthier and sustainable environments, and better outcomes for people all over the world.

Judith Rodin, the president of the Rockefeller Foundation, and Margot Brandenburg, fellow at the Nathan Cummings Foundation, are the co-authors ofThe Power of Impact Investing: Putting Markets to Work for Profit and Global Good, published by Wharton Digital Press.

Travis Baird, a Program Officer at the Maverick Capital Foundation, shares how his personal identity has guided his experiences and work within the... more »
END_OF_DOCUMENT_TOKEN_TO_BE_REPLACED