Home » News » Atlantic on Spending Down: "We’re Actually Gearing Up”

Atlantic on Spending Down: "We’re Actually Gearing Up” 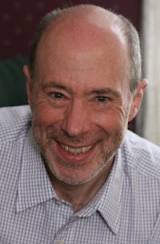 By Tony Proscio, Associate Director for Research, Center for Strategic Philanthropy and Civil Society at Duke University’s Sanford School of Public Policy
A version of this post originally appeared on Philanthropy Central here.
Several weeks ago, Chris Oechsli, The Atlantic Philanthropies’ CEO, posted an online essay whose headline declared that Atlantic is “NOT spending down.” In no time, a couple of old friends and foundation-watchers wrote me to ask, “What?! When did they change their minds?”
For more than a decade, Atlantic has been widely recognized as the largest and most prominent foundation to set about spending its entire endowment and closing its doors in a fixed period of time — a choice commonly known in philanthropy as “spending down.” Could it be, these friends wondered, that such a momentous decision was suddenly being reversed?
I recommended that they read the whole essay, where they would learn that Atlantic was still deliberately on track to use up its full endowment by the end of the decade, with final grant commitments by the end of 2016. Mr. Oechsli wasn’t changing course, he was changing terminology. And behind the language, he believes, lies a deeper truth. Atlantic’s final grantmaking will not be heading downward, in any sense, in its final years. He intends that the final rounds of grants will be bigger, in both size and the scope of their ambition, than in any comparable period before. It will be final, but it won’t be quiet.
The plans for this concluding burst of philanthropy came into much greater focus during 2013. And the latest installment in the running chronicle of Atlantic’s finale that the foundation commissioned from Duke University's Center for Strategic Philanthropy & Civil Society, available as a PDF here, describes the major events of the year that brought this vision into being. Mr. Oechsli’s plan for a terminal Big Bang even has a name of its own: Global Opportunity and Leverage, or GOAL. It aims to direct big, sometimes eight-figure grants toward institutions and projects that will solidify, amplify, and sustain Atlantic’s most significant and promising work over the past 30 years. GOAL grants will be closely tied to the themes, grantees, and causes that underlie the foundation’s historic programs. But they will be focused on “culminating” the best of those programs, with grants whose purposes look far into the future and aim at big impact.
Not all the clarifying decisions about GOAL have yet been made, but the general outlines are now set. The latest Duke report describes how that happened and tries to envision what decisions lie ahead. And it also covers other significant events of Atlantic’s fourth-from-final year, including the end of grantmaking in three countries, major staff reductions, big plans for evaluations and communications, and the consequences of a strong investment market, in which Atlantic’s portfolio continues to perform well, even as grantmaking gradually chips away at the capital.

The Pinkerton Foundation is on a journey to advance racial equity in the communities we care about through work done by the organizations we support... more »
END_OF_DOCUMENT_TOKEN_TO_BE_REPLACED