Home » News » ACA Subsidies Are for All States—I Should Know, I Was There

ACA Subsidies Are for All States—I Should Know, I Was There 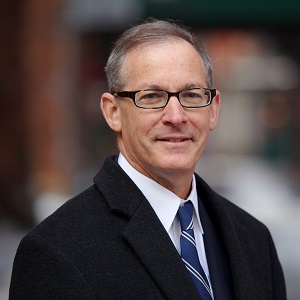 by Mark Zuckerman, President, The Centruy Foundation
This piece originally appeared on The Century Foundation's Blog of the Century.
Today, the U.S. Supreme Court heard oral arguments in King v. Burwell.  At issue is whether the federal government can continue providing health care tax subsidies under the Affordable Care Act (ACA) to some 6.5 million individuals in the 37 states using the HealthCare.gov platform.
Plaintiffs in the case claim legislative history shows that Congress intentionally limited the availability of insurance subsidies to states running their own insurance marketplaces. The subsidies, they claim, were just a tool to induce states to run their own marketplaces rather than relying on the federal government to establish one in its stead.
I know the plaintiffs are dead wrong on this, because I was there.
As staff director of one of the three House committees that wrote, managed, and passed the ACA during 2009–10, I had the unusual vantage point of attending well over one hundred House member meetings where the ACA was discussed, including Democratic leadership meetings, party caucuses, chairman meetings, as well as staff bill drafting sessions.
During these meetings, which frequently ran for several hours each, I never once heard any member of Congress or staff ever discuss, mention, or consider limiting subsidies in any manner to state-run marketplaces.
In fact, quite the opposite was true.
Universal coverage and access to insurance subsidies for low-income policyholders in all states was always a bedrock principle for members of Congress and staff at every point of consideration of the ACA, including after the Senate passed its version and the House was amending it through the budget reconciliation process.
The public legislative record is equally unequivocal. Plaintiffs were unable to cite one floor statement by any House or Senate member of either party asserting subsidies were limited in some states, nor could they find any such assertion in the record of some 130 public hearings and meetings of the committees of jurisdiction.
Fact sheets put out by the committees made it crystal clear that subsidies were available in all states, as did floor statements by members of Congress.
Even the bipartisan agencies of Congress such as the Congressional Budget Office (CBO) were unequivocal in their understanding of how the subsidies worked.
They released some sixty-eight separate budget reports on the ACA, each one calculated with the assumption that the subsidies would be available to eligible policyholders in every state.
And finally, the respective House and Senate managers of the ACA filed a brief with the U.S. Supreme Court summarizing their legislative intent of the ACA:
The purpose of the tax credit provision was to facilitate access to affordable insurance through all Exchanges, state-run or federally-facilitated, and to ensure that all Exchanges could work with other fundamental components of the law in order to provide universal access to insurance.
That’s the truth, and no amount of legal maneuvering by opponents of the ACA can change that.

The Pinkerton Foundation is on a journey to advance racial equity in the communities we care about through work done by the organizations we support... more »
END_OF_DOCUMENT_TOKEN_TO_BE_REPLACED