Home » News » Now Hear This: The Wisdom of Trans Voices

Now Hear This: The Wisdom of Trans Voices 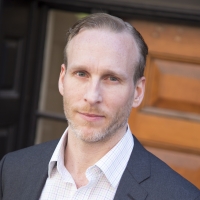 More and more funders are devoting serious time and resources to increasing equity and inclusion in their work and to ensuring it is intellectually informed or, more progressively, driven by the people their grantmaking purports to help. If you are a funder who is committing to an equity and inclusion agenda, you have a major opportunity to learn from a key constituency you may be neglecting: Transgender and gender non-conforming people.

Have you actively sought out TGNC people – especially trans people of color – to hear how they experience these common grantmaking concerns? Have you listened to their recommendations for changes in these systems?

Health:
Seventy percent of TGNC people report discrimination and substandard care, citing refusal of necessary medical care, abusive language and assignment of blame for their conditions. Ninety percent report major barriers to care, including access to adequately trained medical professionals and inappropriate mental health treatment. TGNC people have solid proposals about how to improve the health system to be more responsive to all people.

Education:
TGNC youth are disproportionately the subject of harsh school discipline and discrimination that pushes them out of school and into the justice system. These young people face unique challenges in schools, not least of which include bullying, marginalization and disinvestment. TGNC people have concrete solutions for how to improve education systems to be more responsive to all kids.

Justice:
In many ways, TGNC people’s very lives are criminalized. They endure both interpersonal and systemic violence and experience exceptionally negative relations with police. Facing staggering discrimination in employment, TGNC people disproportionately turn to the underground economy. They are overrepresented in sex work, but are also targeted by police who assume they are all sex workers. TGNC people have great ideas about how to change the justice system that will make it more fair and increase safety for all.

Last week, Philanthropy New York hosted a panel discussion that brought out funders who concentrate on a variety of issues to hear from TGNC leaders and other funders who have started to adapt at “trans lens” to their grantmaking.  “TRANSformational Grantmaking: Understanding Gender Identity to Increase Impact,” a program developed by PNY’s Funders for Gender Equity, was a refreshing opportunity – for both those who have long invested in LGBT communities and those who are just learning about TGNC concerns – to hear new facts and perspectives.

While all of the panelists were informative, I was especially blown away by GMHC Director of Policy Cecilia Gentili, who is also a leader with the Translatina Network. As a board member of Stonewall Community Foundation, I have been active in learning about and supporting TGNC issues for many years, and yet I still heard several important policy recommendations from Gentili were new to me.  She talked in detail about the findings that came out of a set of forums across the five boroughs supported by the LGBT Caucus of the New York City Council. Titled “Solutions Out of Struggle and Survival: A Transgender and Gender Non-Conforming Policy Brief for NYC,” the document Gentili discussed cuts across education, employment, healthcare, housing, immigration, police and violence.

The entire brief is packed with important, actionable recommendations. But one thing Gentili said in her opening remarks really stuck with me and, during the Q&A period, I asked her to elaborate on it some more. She had said that the recommendations had been warmly received by the city, but none of them had come to fruition. It was “interesting,” she said, that the report had been much more successful in producing additional City funding for TGNC nonprofits and the leadership development that comes with that than the actual implementation of the recommendations. That produced a fascinating discussion among the funder participants about the efficacy of funding authentic leadership to grow intra-community strength, and how sometimes efforts to produce policy changes have side benefits that are just as important.

I came away from the “TRANSformational Grantmaking” program wanting to hear so much more from the TGNC leaders in the room and from the countless other trans and non-binary leaders in our communities who have their own points of view that aren’t currently informing grantmaking.  As many have already pointed out before me, when we truly listen to black and brown trans people and activate their solutions for improving some of our nation’s most pernicious ills, we will go a very long way toward creating more welcoming and productive spaces for all people.

Trans voices are rising.  Are you listening? 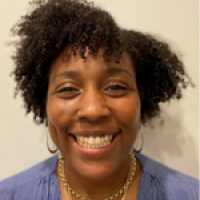 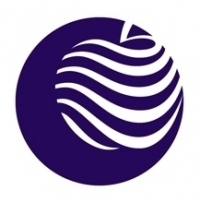 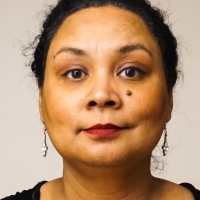 Donita Volkwijn will be joining the PNY team on August 24 as Senior Director of Member Engagement. more »
END_OF_DOCUMENT_TOKEN_TO_BE_REPLACED