Home » News » This Is How We’re Facing Change Together

This Is How We’re Facing Change Together

This Is How We’re Facing Change Together 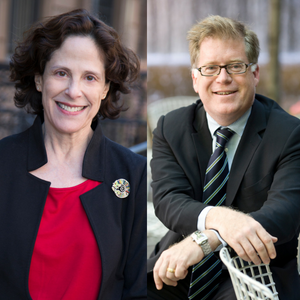 At Monday’s annual meeting for PNY’s members, I asked that members take the opportunity of the day’s programming to also think about the role each member’s foundation and the broader sector can play at this moment in our country’s history.

As we all know, 2017 saw enormous changes at the federal level between the tax reform bill, the changes in policy around immigration, the failure to adequately prepare and budget for the 2020 Census, the changes to the estate tax, the rollback of regulations focused on preserving and protecting our environment and much more.  On a more encouraging note, we also witnessed changes – in fact,  substantial growth, in the number of nonprofits and foundations directly addressing and speaking out on the racism, gender inequity, economic inequality – all issues that have for far too long been pervasive and inadequately addressed.

PNY is a nonpartisan organization, which means we do not engage in any form of electoral politics. But that does not mean that we cannot use our voice.  And, as a nonprofit organization, we have the right – and Philanthropy New York’s membership has determined we have the responsibility – to address policy issues that directly impact the nonprofit sector.  We also believe that our membership wants us to address core issues that speak to our organizational values, especially inclusion, fairness and equity. We are finding that voice. That is why Philanthropy New York adopted 3 new policy positions in 2017 on critical issues – the Johnson Amendment, Estate Tax and tax code reforms that incentivize charitable giving, including a Universal Charitable Deduction.  And the PNY board approved its second annual policy “slate,” which lays out all the issues that we are tracking.

The philanthropic sector, broadly, has an important role in this tumultuous time, and PNY’s role, first and foremost, is to support the missions of our members and the grantee partners each of you work with and value. Foundations also have a role in using their nongrantmaking resources, including their institutional voice – appropriately of course, and ideally in concert with others.   As our sector navigates this challenging time, I want to be very clear that we at PNY are a resource for you to call upon.

To that end, we at PNY have worked this last year to listen, anticipate and provide the programming, training and convening opportunities members say they need.  We have deepened our focus on racial equity as an organization – and have provided additional opportunities for members to learn about the ways they can support grantees’ advocacy work. And, we feel confident there is more that we can do to support your work and your voice.

If you joined us at the Annual Meeting, or if you are just now checking out the speakers via our livestream recording, please plan on sharing your ideas with us about what you want to see from PNY over this next 12 months.  We see our relationship with members as entirely reciprocal – you inspire, support and drive us, and we organize, support and nurture your ideas and work. In short, we are grateful to be in partnership with every one of you.

The Report from the Board Chair, Mike Pratt

As Ronna and I wrote in our introduction to the 2017 Annual Report, last year was intense and trying. PNY was challenged to figure out how best to support our member organizations’ mission while living in the midst of vast national policy changes and political acrimony.  Our first goal is always to support our members’ work and this year provided many opportunities as our members reframed strategies and dug down even deeper into existing ones.  For many of our members, it was a year of questioning strategies and rethinking what can be most effective now.

Despite the challenges, Philanthropy New York has made progress on many fronts this year and I would like to elaborate a little bit on the policy positions the board approved in 2017.

The first came in March 2017, in response to calls from the President and many in Congress to “destroy” the Johnson Amendment and bring partisanship into the nonprofit sector. Philanthropy New York’s Board – with member input – approved a statement opposing the repeal of the Johnson Amendment.

In November 2017, as tax reform lurched forward in Congress, it became clear that the legislation would include a rise of the standard deduction that would affect the charitable deduction and hence charitable giving incentives. It also looked like the legislation might eliminate the estate tax altogether, another tax provision that incentivizes charitable giving. While PNY already had a statement in favor of defending the charitable deduction, the board approved a new statement that broadened and specified our position to say that we would oppose caps on the charitable deduction and would support a “universal charitable deduction” for all filers, not just those who itemize. At the same time, PNY approved a statement opposing the elimination of the estate tax and any future increases in its exemption levels. With these official positions PNY supported partners like United Philanthropy Forum, Council on Foundations and National Council of Nonprofits in their advocacy efforts AND conducted our own informational outreach to New York’s entire Congressional delegation.

In the end, the Johnson Amendment and the Estate Tax still stand, but the charitable deduction has been compromised and we must now work even harder to advance a Universal Charitable Deduction.

And our work does not end there. In March of this year, Philanthropy New York approved an official statement urging Congress and the Administration to devote sufficient resources to the 2020 Census, to put planning and preparations back on track and to resist calls for untested, unnecessary questions on citizenship that would decrease participation and accuracy.

The philanthropic sector needs to continuously integrate the unexpected into the work we do and I am proud of the work Philanthropy New York does to help its members do just that.

In the past year, in particular, I have been so encouraged by how much more our members have been willing to stand up in these tumultuous and disorienting times. We have all had to check our moral compasses, and happily, that has brought us together as a community rather than drive us apart.

I am honored to write my first President’s message as the CEO of Philanthropy New York. While the role is new to me, PNY and this community are not. more »
END_OF_DOCUMENT_TOKEN_TO_BE_REPLACED