Some of the wealthiest New Yorkers are asking the state to raise their taxes.

Eighty people including George Soros, Steven Rockefeller and Abigail Disney wrote to lawmakers and Democratic Gov. Andrew Cuomo saying they and other top earners should pay more to support schools, roads, bridges and programs to help poor and homeless residents of the state.

"Now is the time to invest in the long-term economic viability of New York," the letter reads. "We need to invest in pathways out of poverty and up the economic ladder for all of our fellow citizens, including strong public education from pre-K to college. And, we need to invest in the fragile bridges, tunnels, waterlines, public buildings, and roads that we all depend on." . . . 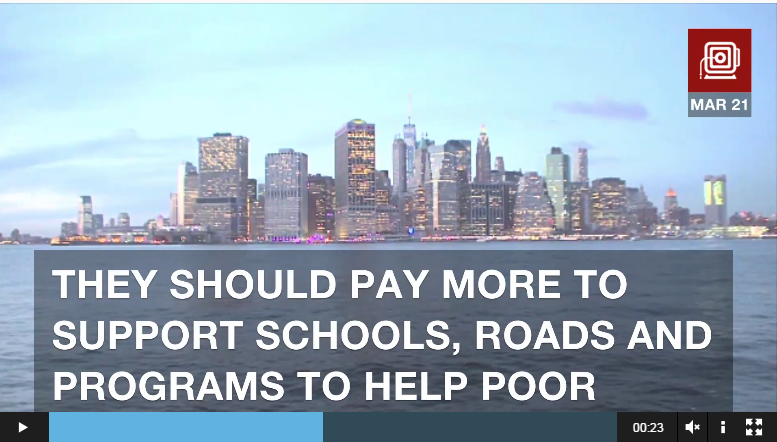 Every New Yorker Deserves to Be Counted
NYS Census Equity Funders group sourced a video to advocate for every New Yorker in the upcoming 2020 Census. Watch @ Youtue
Learn about TCF's 100th Anniversary
Watch a short video highlighting their history—and the work to come in the century ahead. Watch @ The Century Foundation
New York Foundation's New Installment of “In Their Own Words” Focuses on Mekong NYC
In this installment of In Their Own Words, we sit down with Chhaya Chhoum, executive director of Mekong NYC. The organization aims to improve the... Watch @ YouTube
Insight on Participatory Grantmaking: Camille Emeagwali, New York Women’s Foundation
Camille Emeagwali from the New York Women's Foundation answers: How do you ensure your grantmaking committee is broadly representative of the... Watch @ GrantCraft
New York Foundation Releases New Video About Current Grantee, The Ladies of Hope Ministries
New York Health Foundation sits down with Topeka K Sam, founder and executive director of The Ladies of Hope Ministries in their latest installment... Watch @ YouTube
END_OF_DOCUMENT_TOKEN_TO_BE_REPLACED