The Doris Duke Foundation for Islamic Art Awards More Than $1.7M to Fight Bias Against Muslims

New York, N.Y., March 30, 2017 — With the aim of fostering understanding of and reducing bias against Muslims across the U.S., 11 organizations will soon launch projects funded through the Building Bridges 2016-17 Grants Program of the Doris Duke Foundation for Islamic Arts (DDFIA). The grantees, which were announced today, will each receive up to $300,000 for initiatives that use the arts to build empathy and lasting connections between American Muslim and non-Muslim communities. It is readily apparent that the need for such work is more urgent than ever before: A February 2017 report from the Southern Poverty Law Center cites a 197 percent surge in anti-Muslim hate groups in 2016.

“Prejudice and division had a banner year in 2016, but this has only furthered the resolve and ambition of these organizations to advance this critical undertaking to heal our communities,” said Zeyba Rahman, senior program officer of DDFIA’s Building Bridges Program. “This year’s Building Bridges grantees have proposed inventive arts-based solutions to strengthen the social fabric between American Muslims and non-Muslims for the benefit of our nation. Art and culture are among the most powerful forces to remind us that we are more alike than different.”

The Building Bridges Program is pleased to award the following 11 organizations support for their projects:

The Building Bridges 2016-2017 Grants Program sought organizations whose arts- and culture-based projects align with Program goals to advance relationships, increase understanding and reduce bias between Muslim and non-Muslim communities nationwide. A panel of five subject expert reviewers recommended these projects for support over a period of one to three years. 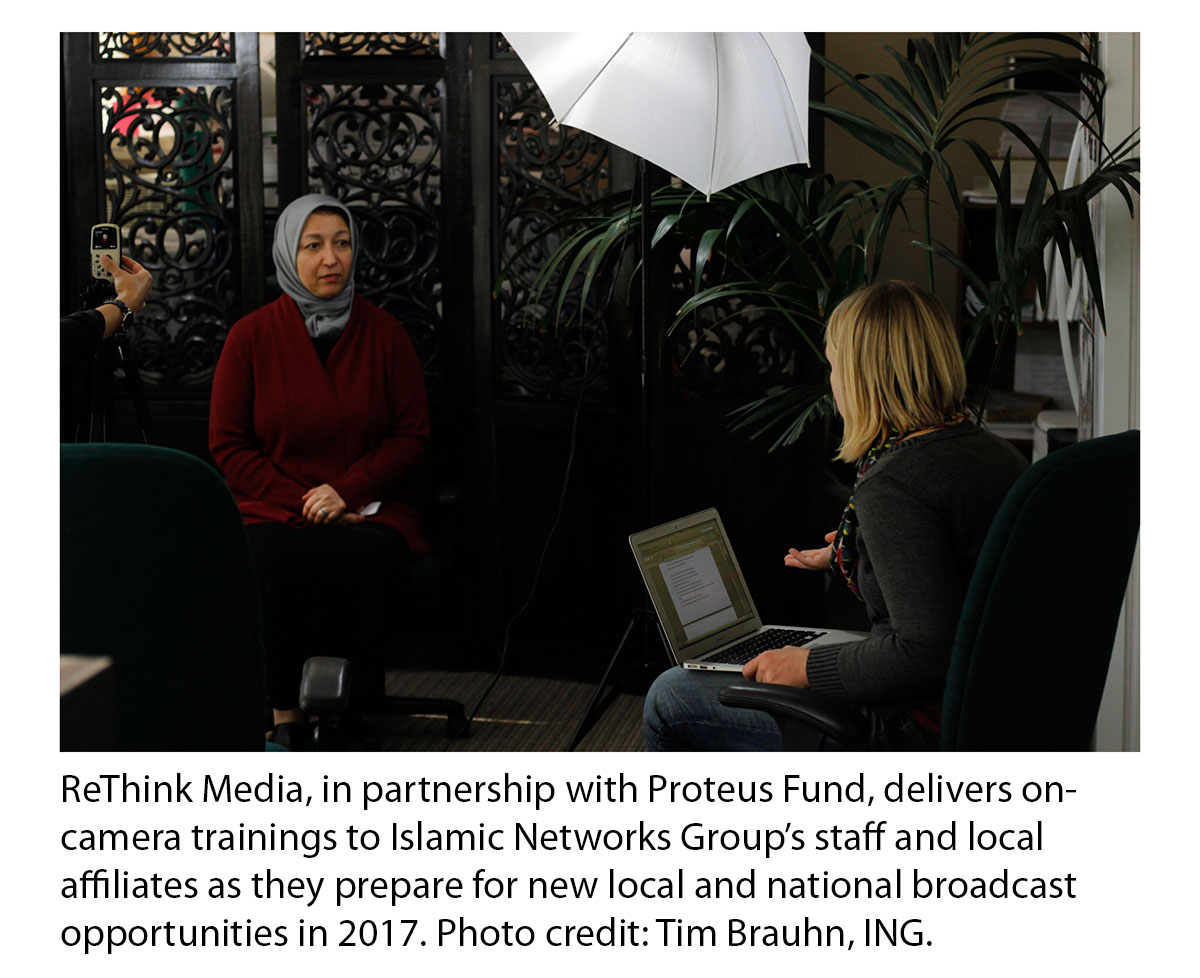 Since 2007, the Building Bridges Program has supported endeavors that engage U.S.-based Muslims and non-Muslims in arts and culture experiences to increase understanding and advance relationships between communities. The need for this work is clear. Muslims number approximately 1.6 billion people around the world, including 3.3 million in the United States. Despite this large, dispersed and diverse worldwide population, studies have shown that U.S. perceptions of them remain narrow. A February 2017 report from Pew Research Center showed that, out of nine listed religious groups, Muslims are viewed the least warmly by Americans. A January 2016 survey from Pew also noted that approximately half of Americans think at least “some” U.S. Muslims are anti-American, greater than the share who say “just a few” or “none.” In the face of this reality, Building Bridges grantees have provided compelling arts- and/or media-based programs rooted in diverse Muslim cultures to catalyze a social transformation in attitudes of strategically selected audiences across the country.

About the Building Bridges Program
The Building Bridges Program is the grant-making arm of the Doris Duke Foundation for Islamic Art (DDFIA), which is an extension of the Doris Duke Charitable Foundation (DDCF). Based in New York, the program supports national efforts to advance relationships, increase understanding, and reduce bias between Muslim and non-Muslim communities. For more information, please visit www.ddcf.org/what-we-fund/building-bridges.

About the Doris Duke Charitable Foundation
The mission of the Doris Duke Charitable Foundation is to improve the quality of people’s lives through grants supporting the performing arts, environmental conservation, medical research and child well-being, and through preservation of the cultural and environmental legacy of Doris Duke’s properties. For more information, please visit www.ddcf.org.