Home » Member Input on Official Statement on Protecting the 2020 Census

Member Input on Official Statement on Protecting the 2020 Census

Philanthropy New York’s Public Policy Committee has recommended that PNY formally approve an official policy statement on protecting the integrity of the 2020 Census.  The PNY Board of Directors has reviewed the statement and now invites members’ comments.

We will be taking comments through Monday, March 26. You may provide your thoughts by clicking the "ADD NEW COMMENT" button below, or you can email your feedback to info@philanthropynewyork.org. We will then share all member comments with the PNY Board for its consideration and final decision on the statement. We look forward to hearing from you.

The United Philanthropy Forum, which has initiated a national project to encourage Philanthropy Serving Organizations (PSOs) like Philanthropy New York to work in their local communities to ensure a full and fair 2020 Census count, has outlined the imperative:

The U.S. Census Bureau faces three major challenges leading up to the 2020 Census that it has not faced in previous decennial counts: significant underfunding; a move to online information gathering; and new questions on citizenship proposed by the Department of Justice.

Underfunding for preparations over the next two years is a major threat to a full and fair Census 2020 count. As the Funders Committee for Civic Participation has noted, “Inadequate federal funding … has resulted in canceled or streamlined tests and delayed messaging research. The Census Bureau needs timely, sufficient funding to ensure an accurate and cost-effective census. [The] new two-year budget agreement gives lawmakers an opportunity to boost 2018 and 2019 funding for vital communications, partnership, and field activities above the administration’s request.”  President Trump released his budget request for FY 2019 on February 12, 2018. The Administration proposed $3.8 billion for the Census Bureau, including a $2.35 billion boost for the 2020 Census, compared to its 2018 request of $1.684 billion for the Bureau. While that jump is significant, it is well below the comparable proportional funding increase at the same point in previous census cycles.

The second major challenge is that the Bureau is planning to collect the majority of census information online for the first time ever. Because of a lack of funds, however, it is scaling back door-to-door outreach and executing fewer test-runs, which will increase the likelihood of undercounting of young children, people of color, low-income people, immigrants and others – which means that the government agencies, businesses, nonprofits and foundations that rely on census information will be forced to contend with inaccurate data. Inaccurate census data will have the immediate effect of unjust redistricting and will produce a decade of mismatched resource allocations.

The final threat to Census 2020 comes from the proposed last-minute inclusion of questions on citizenship requested by the Department of Justice. Experts believe these questions would depress response rates in many communities and add significantly to the cost of the census without improving accuracy. DOJ’s request claimed that it needs data on citizenship for smaller geographic areas to enforce section 2 of the Voting Rights Act. But a multi-agency review process previously confirmed that the citizenship data collected from the American Community Survey were sufficient to implement the VRA. The census has never previously posed citizenship questions since the VRA was enacted in 1965.

More than 170 Civil and Human Rights Groups have signed a letter to Commerce Secretary Wilbur Ross, who oversees the Census Bureau, stating that “Adding a new question on citizenship to the 2020 Census undoubtedly would affect response rates, outreach, advertising strategies and other important elements [of the census],…calling into question the results of many years of costly, painstaking research and testing.” Those 170+ civil rights leaders said,

“Requiring this new topic this late in the decade would threaten the success of the 2020 Census because robust testing in a census-like environment is essential, given the probable chilling effect of adding these questions to the form. There simply is no time to redesign the census form, craft scientifically sound questions to collect the information the Justice Department requests, and evaluate the impact of this new question on census participation and operations before the census starts, in any responsible way.”

For these reasons, Philanthropy New York has adopted the following position statement:

Philanthropy New York urges Congress and the Administration to devote sufficient resources to the 2020 Census now, to put planning and preparations back on track and resist calls for untested, unnecessary new questions that would decrease participation and increase the inaccuracy of the count. 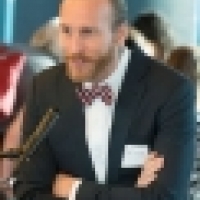 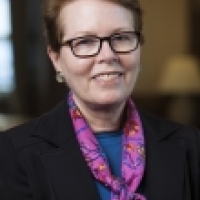 I support your position statement 100%. Thank you. 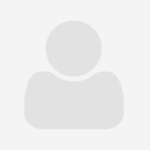 I support the statement wholeheartedly. 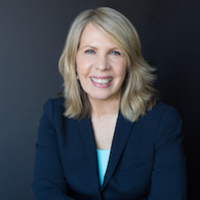 I agree strongly with Philanthropy New York's position on the 2020 Census. It is an essential tool for our democracy and must be held to the highest possible standards. Thank you!

Thank you, PNY. This is so important and excellent. In addition to partnering across the country and with grantee coalitions, we also need to reach out to the corporate community starting with corporate PNY members. A comprehensive, representative census process has long-term impact on all facets of our lives across sectors. Qualitative research conducted by the Census Bureau's Center for Survey Measurement between February and September 2017 identified “an unprecedented ground swell in confidentiality and data sharing concerns, particularly among immigrants or those who live with immigrants.” Overcoming this climate of fear will require a robust and generously funding partnerships and outreach program, one which provides resources to local, trusted leaders to reach historically under-counted communities. Regarding the second threat: The prospect of a primarily online census poses particular challenges for rural communities and others where broadband density is low. Funding shortfalls have forced the Bureau to cancel planned testing in rural counties. If Congress does not fully fund outreach and further message testing in rural areas, these needy communities could suffer a severe undercount in the 2020 census along with similarly under-resourced areas. 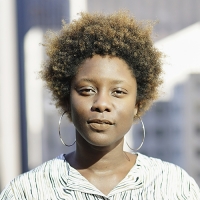 I support PNY's efforts to maintain the integrity and data of this important public tool. Thank you!

Well-said and timely. I too support this policy statement.

The Alfred P. Sloan Foundation fully agrees with PNY's call for proper federal funding now for the 2020 Census. Not only do many charitable, business, and governmental decisions depend on an accurate count, the Census is mandated by Article I of the Constitution. The Sloan Foundation has long supported work relevant to this process, by supporting academic research and conferences that are of use to the federal statistical system. But by law, the responsibility for funding the basic operations of any federal agency-including the design, testing, and execution of the Census-rests solely on Congress and the Administration. Based on hard work, broad consultations, and careful plans, public servants are ready to carry out the Decadal Census with integrity and dedication if only given the resources normally appropriated for this important task.